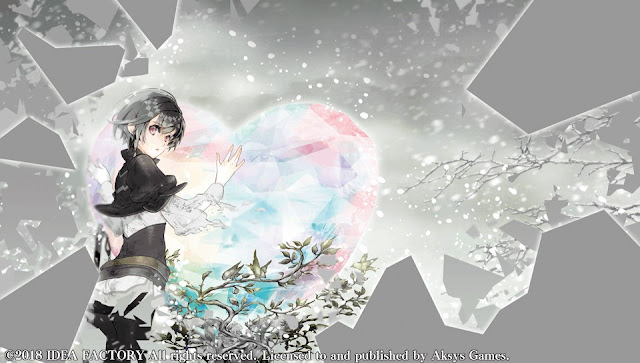 A review of the English localization of Psychedelica of the Ashen Hawk. I tried to avoid spoilers as much as possible but still proceed with caution since there are screenshots throughout (but no CGs).


Summary:
There's a legend that has been passed down for as long as anyone can remember - the witch with the red eyes will bring ruin and disaster. They even say the constant snow that envelops the town is thanks to her curse. With the two ruling clans of the Wolf and the Hawk constantly at each other's throats, everyone fears that the very existence of the witch could ignite a war among them.

Jed makes a living by doing odd jobs for people around town. He is well-liked and popular among the townsfolk and enjoys giving people a hand whenever they need it. But Jed has a big secret - he is actually a woman and also the red-eyed witch. Raised by the Lady of the Wolf clan from a very young age, Jed left the safety of the Wolf manor to protect her adoptive family in case her secret should ever be exposed. Now she lives in an abandoned old tower on the outskirts of the town. But she's not alone. She lives with the strange lord of the tower, a self-proclaimed "ghost" who calls himself Ashen Hawk. She also still enjoys the friendship of her Wolf family including Lavan, heir to the Wolf clan, and his younger brother Levi who's constantly getting into fights with the enemy Hawks. The Hawk's leader Olgar is an very imposing man and his son Lugus seems to be following in his formidable footsteps. Lugus' sister Tee is also quite haughty and never civil with anyone who is on the Wolf side. But is the Hawk clan really as bad as they seem? As Jed gets to know people on both sides, she wants to find a way to bridge the gap between them and bring peace to the town. And without exposing herself as the witch. In order to do so, Lawrence the caretaker of the church, tasks her with finding the Kaleido-Via, the symbol of peace between the two clans, which has mysteriously vanished from the church. Without the Kaleido-Via, the two factions might never reach an understanding. 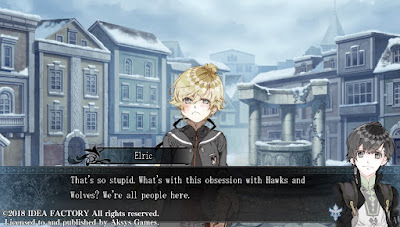 Writing: ★★★★☆ 4/5
Ashen Hawk is the second in the Psychedelica series and it has yet another web of mysteries to unravel. I didn't write a review for the previous game, Psychedelica of the Black Butterfly, but I did like that game quite a bit and there are many similarities. I had a lot of fun getting to know the characters and diving deeper into the truth behind everything. The routes were really engaging and I stayed up way too late to find out what was going to happen next (one night I accidentally stayed up until 3 am when I had to get up for work at 6 am...oops). However, I did find the endings for the individual routes to be...not so satisfying. The "true" ending was the best ending in my opinion and I made the mistake of completing it first so all of the others just paled in comparison. Some of them felt a little incomplete or rushed. I don't want to get too far into spoiler territory but because of the way the story was set up they made it hard for there to be truly happy endings and I think that was part of the problem. It's very much bittersweet all the way. Black Butterfly was like that, too, but Ashen Hawk sort of put an emphasis on the bitter rather than the sweet. (Think back to Reine des Fleurs and you probably get the idea.)

As a side note, the mini routes such as the Traveler were nice but disappointing in length and could have been a little more fleshed out as well. 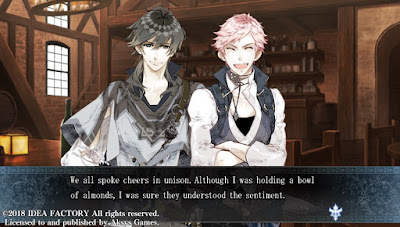 Story Setting/World-building: ★★★★★ 5/5
Ashen Hawk is set in a small medieval Europe-style fantasy town that's always covered in a layer of snow. The story is focused on this town and the secrets it holds which, in some ways, is more like Okunezato in 7'scarlet than the creepy mansion of Black Butterfly. And unlike Black Butterfly which was made up of a limited set of characters, this game is full of all kinds and the fact that you can talk to the townsfolk makes it really come to life.

Characters: ★★★★★ 5/5
I don't think there were any characters I disliked. All of them are very flawed but the reasons for their actions were explained well.

Jed/Eiar - A great protagonist with a lot of personality and sass. She's very much her own character and I absolutely love her.

Lavan - I liked him but at the same time felt rather lukewarm compared to the others. He had many marks of a typical main love interestTM that just aren't my thing.

Levi - The sweet sunshine of my life and I will protect him. Do it for him. 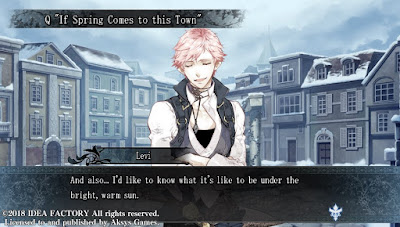 Lugus - My best boy. He's been through so much and has to put up with a lot of crap but he's just doing his best. When he smiles....my heart. ;_;

Secret Route - Well, there's actually no way I could resist this charming man. The truth behind his existence was very unexpected but brought the game to a nice finish. 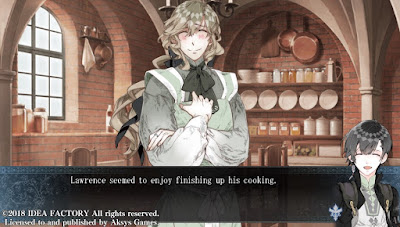 System: ★★★☆☆ 3/5
In the beginning the player can give the protagonist a male and female name. They used the same flowchart system as Black Butterfly, which was honestly not my favorite, but it got upgraded in some ways which helped. They added a map which you can use to select where you'd like to go and who you'd like to talk to. The thing that makes it a little more interesting is the player's ability to switch from Jed's male appearance to her female appearance as Eiar to get different reactions from people! The map reminded me of Tierblade in a way (oddly enough I got Tierblade vibes from the story and the music as well). Rather than the butterfly shooting game, talking to people earns points towards extra stories and CGs. Collecting all of the "memory points" can get a bit tedious and its easy to get bored of it after a while but there are some very good clues sprinkled in what the townsfolk say. 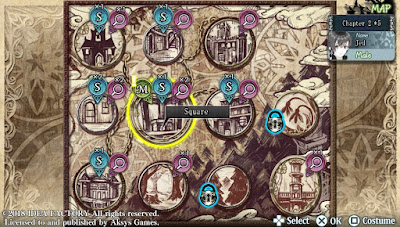 Artwork: ★★★★★ 5/5
One of the things that made me want to play this game when it came out in Japan was the unique and intricate artwork. The character designs are really fabulous. The muted color palette is also attractive to me. While Black Butterfly has vibrant pops of color, Ashen Hawk looks...well, ashen and more somber. It works well with the tone of the story and the snowy town to make things feel cold. At the same time the expressive sprites and CGs make it easy to warm up to the characters. 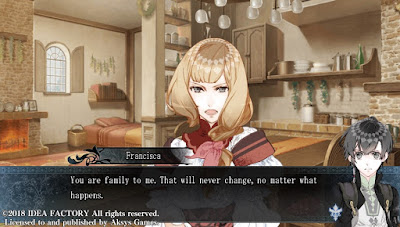 Music: ★★★★☆ 4/5
The music was very good. ;A; My girl Akiko Shikata did the opening which is an automatic win. The background music was great, too. It really gave the game that medieval RPG kind of feeling. Also, throwbacks to the music in Black Butterfly stabbed me in the heart (in a good way).

Localization: ★★★★☆ 4/5
The quality level was pretty much the same as 7'scarlet. There were still some typos and translation bloops (such as the tavern workers being labeled as tavern customers???) but I don't think there was anything too major. It seems like the errors usually occur because the translator's don't have the option of listening to the audio - which leads to assumptions/guessing sometimes. With time constraints and such, that's just how it is. Despite that, I didn't have a whole lot to complain about overall.

Overall: ★★★★☆ 4/5
I enjoyed the whole experience a lot and got really attached to the interesting cast of characters. It was a good thing I waited to play this in English because I had a chance to play Black Butterfly first. I wouldn't say it's absolutely necessary to play BB beforehand - AH is an enjoyable enough game on its own - but it's best to get the full experience. There are so many subtle references that I wouldn't have understood otherwise. It may not be so obvious at first but both games compliment each other well. If I had to pick a favorite I would say AH is more my jam because of the whole aesthetic from the character designs to the music (though there are things about BB that still tug on my heart). Plus Jed is a pretty cool heroine who's very different from any other!

This game may not be for everyone, especially people who like more fluffy romance and "happily ever afters." On the other hand, people who are not really into otome games might like it because of its focus on the story rather than romance. It does have its flaws, like some of the endings. However, I think the wonderful story and characters are still definitely worth playing for! 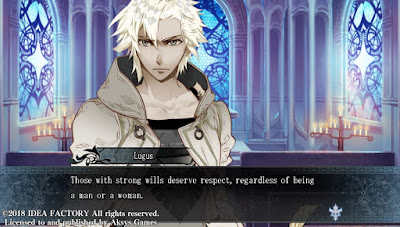 otomate otome in english ps vita psychedelica of the ashen hawk review
liricanoir
I'm Lirica and I love Ken ga Kimi as well as many other otome games! This blog focuses on otome game news and reviews. I also have an active blog on tumblr with otome and anime related content.

liricanoir
I'm Lirica and I love Ken ga Kimi as well as many other otome games! This blog focuses on otome game news and reviews. I also have an active blog on tumblr with otome and anime related content. 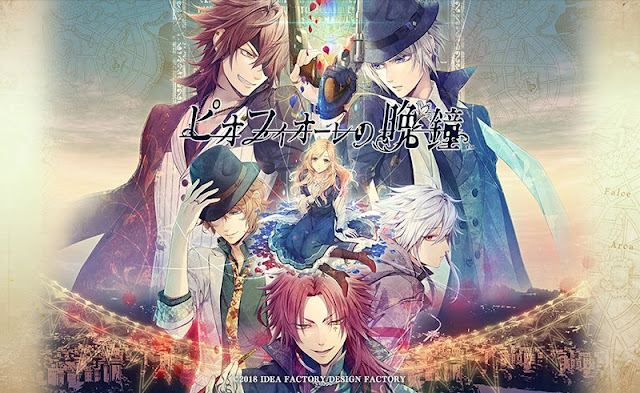 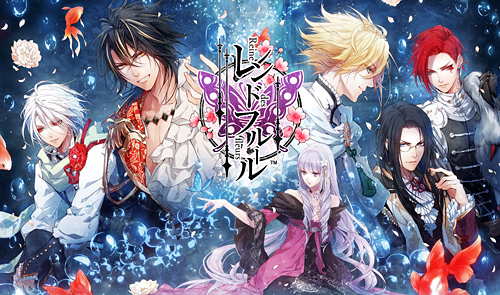 The shopping service I use to purchase items from sites that don't ship internationally.